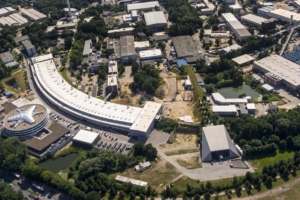 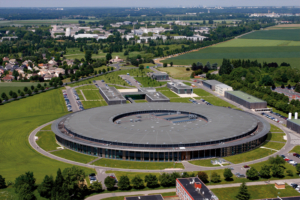 Some of the world’s leading research institutes are using our cameras at their beamlines. Read about their research success stories. 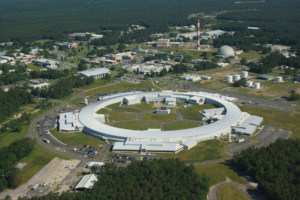 Catalysts based on metal nanoparticles play an important role in energy conversion and environmental technologies. Their high catalytic efficiency is attributed to their large surface-to-volume ratio and their high number of low-coordination sites, such as edges, which can decrease kinetic barriers between reactants. A key factor influencing the reactivity is the interaction between the reactants and the catalyst, which is closely linked to structural changes of the catalyst itself. Indeed, several studies have reported changes of the overall shape or size of nanocatalysts during catalytic processes. Using measurements at the Advanced Photon Source (APS) of Argonne National Laboratory (ANL) in the USA and the PETRA III synchrotron source at the DESY research centre in Germany, an international team led by Sogang University in Korea has now observed a strong distortion of the crystal lattice at the edges of metal nanocrystals during catalysis. The results identified the edges as the active sites underlying the catalytic activity at the atomic scale.

The team studied the heterogeneous catalytic oxidation of methane on platinum nanocrystals as an example process. Their in situ Bragg coherent X-ray diffractive imaging (BCDI) measurements at PETRA III were performed using a LAMBDA detector, whose small pixel area of 55 µm by 55 µm – about half the one of conventional detectors – enabled the BCDI experiment to be carried out in the first place. This high spatial resolution allowed the team to observe a strong contraction at the edges of the nanoparticles during adsorption of the oxygen. The strain further increased when the methane was introduced and continued during the oxidation of the methane. After the catalytic process was completed, the nanoparticles returned to their original state. As the team demonstrated with their innovative BCDI study, reaction mechanisms obtained from in situ strain imaging provide important insights for improving catalysts and designing future nanostructured catalytic materials.

Lithium-rich layered oxides (LLROs) are promising cathode materials for better rechargeable batteries for electric vehicles. They are plagued by a phenomenon called voltage fade, however: When these batteries go through series of charge–discharge cycles, their voltage fades, and with it the amount of energy it can hold and later release for use. An international team led by the University of California, San Diego, has uncovered how this process occurs at the nanoscale. Combined measurements at the Advanced Photon Source (APS) of Argonne National Laboratory (ANL) in the USA and the PETRA III synchrotron source at the DESY research centre in Germany revealed that a mobile network of nanoscale defects forms in the LLRO material during charging, with dislocation density increasing upon repeated charging. These dislocations dramatically alter the local lithium environment and contribute to the voltage fade. Based on their findings, the team devised a method to recover the original high voltage functionality: Heat-treating the cathode materials eliminated most of the defects and restored the original voltage.

The team uncovered the formation of the dislocations using in situ 3D Bragg coherent X-ray diffractive imaging (BCDI) on nanoparticles made of LLRO and of a classical layered oxide for comparison. The BCDI technique enabled them to directly image the interior of the nanoparticles during battery charging – under operating conditions and at nanoscale resolution. The measurements at PETRA III were conducted using a LAMBDA detector, whose small pixel size proved crucial to the success of the experiment: “In a coherent experiment, we measure interference patterns called speckles,” explains co-author Michael Sprung, scientist in charge of the P10 Coherence Applications beamline at PETRA III. “To successfully conduct such a BCDI study, the speckles need to have a certain minimum size with respect to the pixel size of the detector. In this case, they needed to cover at least five pixels.” The pixel area of 55 µm by 55 µm of the LAMBDA detector is nearly a factor of 2 smaller than that of conventional detectors. “This small pixel size was crucial to actually carrying out the experiment at all, due to restrictions of the minimum reachable beam size at the diffractometer setup,” says Sprung.

The two faces of water

Combining measurements at the Advanced Photon Source (APS) of Argonne National Laboratory (ANL) in the USA and the PETRA III synchrotron source at the DESY research centre in Germany, an international team led by the University of Stockholm in Sweden has unveiled a new, remarkable property of water. Most water ice in the solar system actually exists in an amorphous, glass-like form, which comes in two varieties, one with high density (HDA) and one with low density (LDA). Studying the phase change of HDA ice to LDA ice upon warming between temperatures of 115 K to 130 K, the team found evidence that the transition takes place via a liquid state: First, the HDA ice seems to turn into a liquid form of water of high density, then this high-density liquid (HDL) changes into a lower-density form (low-density liquid, LDL). The study thus demonstrated the existence of two varieties of liquid water, at least in the ultraviscous regime at very low temperatures – an important step towards further understanding this amazing liquid, whose special properties are indispensable to life on Earth.

The structural information for the experiment was obtained from wide-angle X-ray scattering (WAXS) data taken at APS. To uncover the details of the phase transition, however, the team had to gain dynamical information, which was accessible by X-ray photon correlation spectroscopy (XPCS) at PETRA III, performed using a LAMBDA detector. “The critical detector requirements for these measurements were a small pixel size, low noise and high efficiency – i.e. high signal-to-noise ratio – as the detected photon count rate was very low when investigating this radiation-sensitive sample,” says co-author Michael Sprung, scientist in charge of the P10 Coherence Applications beamline where the experiment was carried out. “Thanks to its small pixel size, the Lambda detector allowed us to spread the photon dose over a two times larger sample area. In addition, it enables effectively noise-free single-photon counting. The measurements would have been impossible without it.”

Thanks to their short wavelength and penetrating nature, X-rays are ideal for the microscopic investigation of complex materials. They are also notoriously difficult to focus, however. Using a novel fabrication process, scientists at the DESY research centre in Germany perfected the design of multilayer Laue lenses (MLLs) – specialised X-ray optics consisting of alternating, nanometre-thick layers of two different materials. In contrast to conventional optics, MLLs do not refract light but work by diffracting the incident X-rays in a way that concentrates the beam on a small spot. These new lenses consist of over 10 000 alternating layers of a new material combination, tungsten carbide and silicon carbide. To achieve such small focusing spots each it is essential that the layers change gradually and precisely in thickness and in angle throughout the lens. Such lenses also have very high diffraction efficiency (~ 80%) and enabled the team to achieve a record focal spot size of less than 10 nm across – about five times better than achievable with typical state-of-the-art lenses.

Using a pair of perpendicularly oriented lenses in scanning microscopy geometry at the National Synchrotron Light Source (NSLS II) at Brookhaven National Laboratory (BNL) in the USA, the team obtained a spot size of 8.4 nm by 6.8 nm at 16.3 keV photon energy. To test the suitability of the MLL pair for single-shot projection imaging, the team used a similar setup at the PETRA III synchrotron source at DESY to generate projection holograms of Achantaria, single-celled organisms belonging to marine plankton that produce intricate mineral skeletons. In combination with a LAMBDA detector, which offers high sensitivity and spatial resolution at a frame rate of up to 2000 frames per second, the lenses enabled the fast acquisition of projection holographic images with strong phase contrast over a large range of magnifications. As the novel lenses can be designed for different energies and used with coherent sources, they promise to open up new opportunities in X-ray science, from nanoresolution imaging to spectroscopy. By optimising the lens design, the team hopes to ultimately reach the goal of 1 nm resolution in X-ray microscopy.