Orbital imaging of the excited states of α-manganese sulfide

According to quantum mechanics, the exact location of an electron in an atom is unknown. Only the probability to encounter it at a certain location can be determined. The probability distribution of an electron in an atom is given by a so-called orbital. These mathematical descriptions of the electron’s state can be visualized as contour surfaces. The resultant shapes are, in the simplest case, spheres (s-orbital), dumbbells (p-orbital) or cloverleaves (all but one d-orbitals). Once the electrons enter chemical bonds, things get more complicated. Nevertheless, the knowledge of the orbital states is crucial for the understanding of a compound’s behavior. For instance, transition metal compounds have a variety of extraordinary properties, such as their ability to switch from metal to insulator, or superconductivity. The reason for these intriguing features is to be found in the orbitals that are involved. What appears to be a mathematical construct can actually be experimentally determined – with non-resonant inelastic X-ray scattering (NIXS) (also called X-ray Raman spectroscopy).

Orbitals of a hydrogen-like atom, that is, a single-electron atom, for the three lowest quantum numbers. 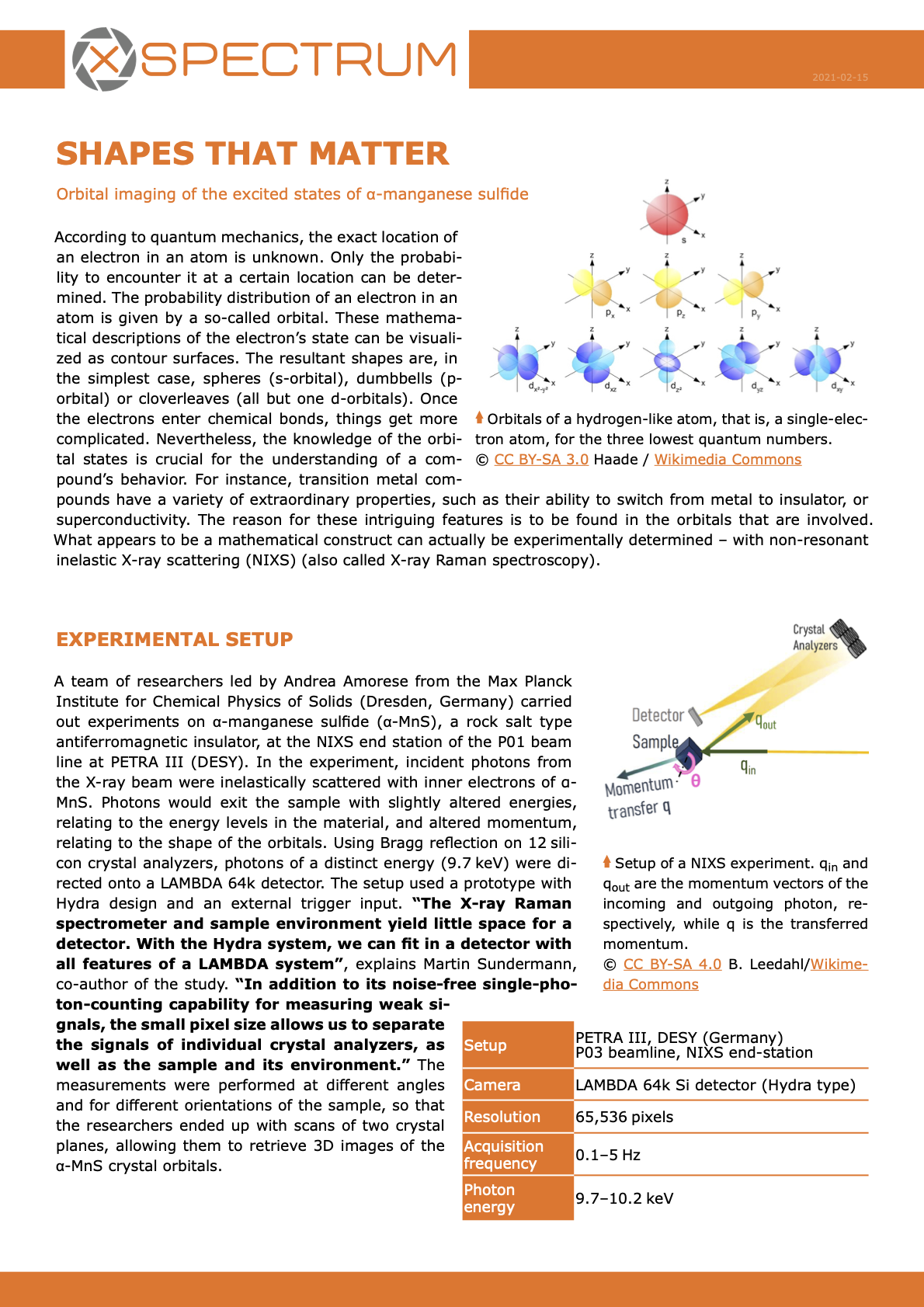 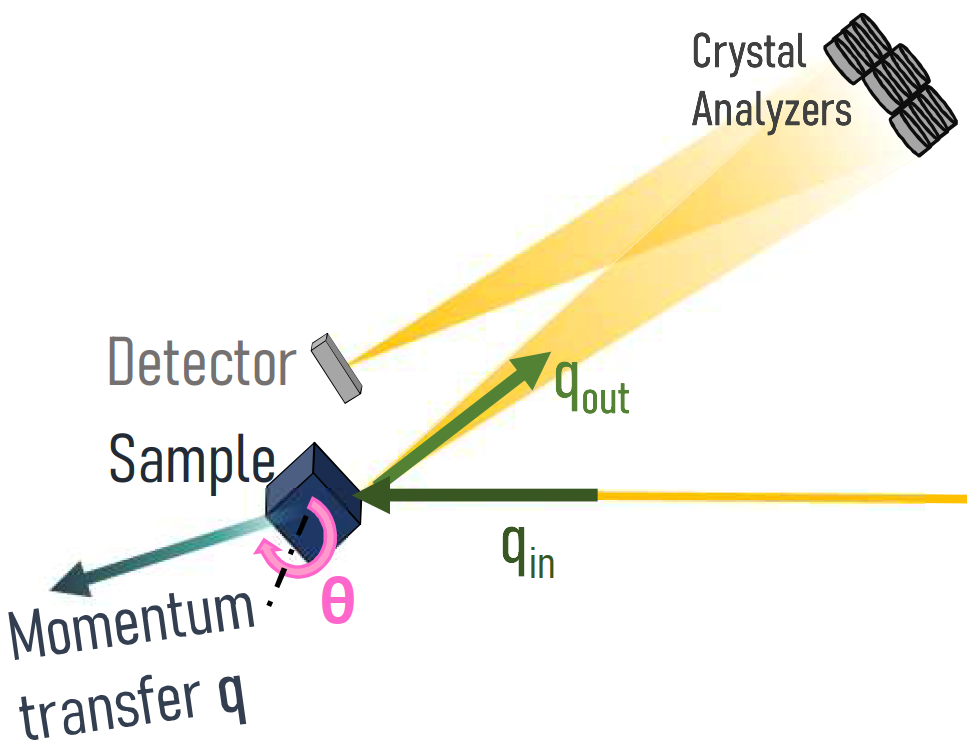 Setup of a NIXS experiment. qin and qout are the momentum vectors of the incoming and outgoing photon, respectively, while q is the transferred momentum.

A team of researchers led by Andrea Amorese from the Max Planck Institute for Chemical Physics of Solids (Dresden, Germany) carried out experiments on α-manganese sulfide (α-MnS), a rock salt type antiferromagnetic insulator, at the NIXS end station of the P01 beam line at PETRA III (DESY). In the experiment, incident photons from the X-ray beam were inelastically scattered with inner electrons of α-MnS. Photons would exit the sample with slightly altered energies, relating to the energy levels in the material, and altered momentum, relating to the shape of the orbitals. Using Bragg reflection on 12 silicon crystal analyzers, photons of a distinct energy (9.7 keV) were directed onto a LAMBDA-Flex 60k detector (formerly named “Hydra”) with external trigger input. “The X-ray Raman Spectrometer and sample environment yield little space for a detector. With the Hydra system, we can fit in a detector with all features of a LAMBDA system“, explains Martin Sundermann, co-author of the study. “In addition to its noise-free single-photon-counting capability for measuring weak signals, the small pixel size allows us to separate the signals of individual crystal analyzers, as well as the sample and its environment.” The measurements were performed at different angles and for different orientations of the sample, so that the researchers ended up with scans of two crystal planes, allowing them to retrieve 3D images of the α-MnS crystal orbitals.

The team was looking for a specific electron transition, from the 3s orbital to the 3d orbital. First, they investigated the 3d hole density, that is, the empty valence states, and found that it was spherical. However, the exact amount of energy transferred during the inelastic scattering process depended on the scattering angle. This directional dependence was due to the presence of two different transitions from the 3s to the 3d orbitals. From the intensity of these transitions, the authors were able to reveal the shape of the orbitals involved in each transition. In this way, it was possible to completely determine the energy scheme – as well as the “shape” – of the 3d orbitals in the material. 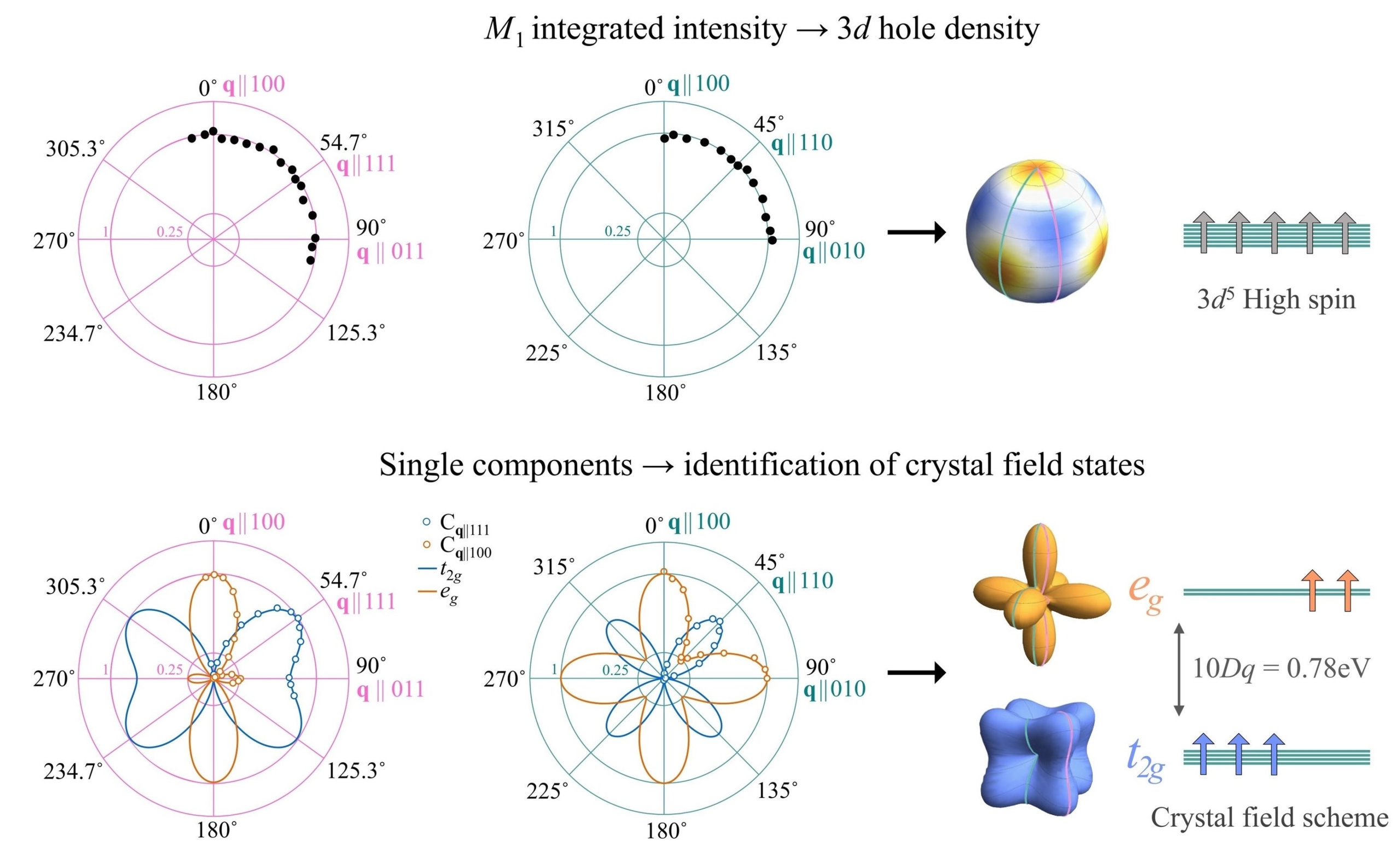